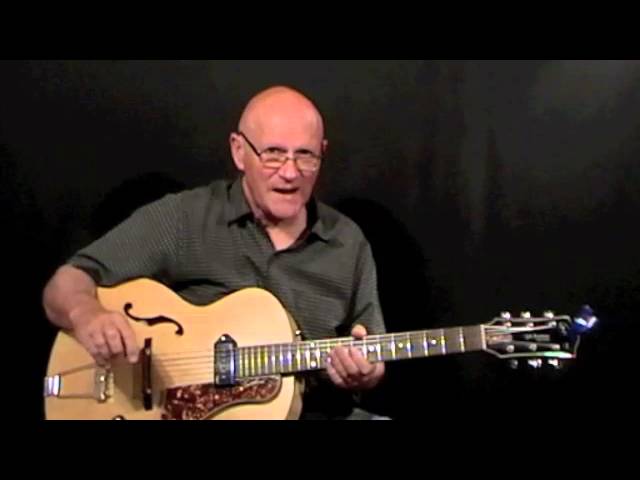 The more we understand about chords and how the many curious ways they relate to each other, the more versatile we become as musicians. So I thought I’d run a little series on some of the less commonly taught aspects of chords starting with this lesson today on Chord Synonyms.

Take a look at the A minor 7th chord. On the left we see how the notes of the chord are arranged in root position following the chord formula 1 b3 5 b7
On the right I have shown the first inversion of the chord – I’ve simply taken the root note off the bottom of the chord and placed it back on the top and octave higher.

But when we look at this first inversion of Am7 it is hard not to see it as A C6 chord. We can clearly see the C major triad made up of C E and G with the 6th note of the C scale A placed on top of it – a perfect root position C Major 6th chord.

And that’s what a Chord synonym is – simply a chord that shares its constituent notes with another chord of a different name.

Knowing this, offers us the opportunity to use these chords to substitute for each other when composing music…It also helps when improvising because sometimes a lick based on one chord
comes more easily to hand than a lick based on the other.

Here’s another pair of synonyms based on a first inversion. The first inversion of an Am7b5 chord can be seen as a root position Cm6. Again, you can see that what we call this chord depends only on which of the two Major scales we choose to analyse it against. And this relationship is most easily seen here at fret 8.

Looking at these two chords, A9#5 and G9b5, at first glance it is hard to see how they have anything in common

The A9#5 has the notes A C# E# G and B. The Gb5 has the notes G B Db F and A. It’s only when you think of the Db as being a C# and E# as being an F that you realise these chords contain the same notes.

In the next lesson we’ll continue this magical mystery tour of unusual chord relationships by looking at a special class of chord synonyms called symmetrical chords.

Welcome! To fully enjoy this site, please turn off any ad blocking plug-ins and grab some gear. I appreciate YOU! Keep jamming. Thanks, Kevin