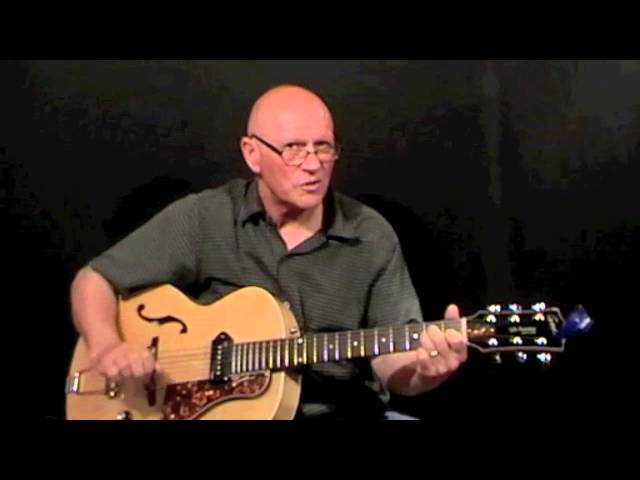 One of the chords I could have included in the last Sound Bite, when we discussed slash chords is the chord F/G. This is a chord I often use if I see G11 called for in a rhythm chart.

Strictly speaking, Eleventh chords have six different notes in them, so it is pretty difficult to find complete voicings for them on the guitar. And when we do, to be honest they can sound pretty muddy. So we almost always drop a couple of the notes from the chord formula.

Looking at the anatomy of the G11th chord you can see that, if we drop the 3rd and 5th, we are left with a chord than can be described as F/G.

So this way of seeing complex chords as containing simpler chords within them, can often provide you with some practical ways of finding chord shapes that are both easy to play, and that sound better in most instances.

Here’s another way that this idea of chords within chords can be useful. Look
at the FMaj7 chord…It may have struck you how similar the sound of this chord is to Am.

A quick look at the chords on a stave shows you that FMaj7 can be thought of as Am/F. The useful point about this is that, if you have learnt a lick that works great over Am , you can be certain that it will work equally well over FMaj7.
Optionally, you can modify the lick ending note to acknowledge the difference between the two chords.

Looking at this C9 chord we can see that it contains two different chords – a C major triad and a G minor triad. One way to exploit this observation is to divide up the C9 chord between two instruments. So in a band with two guitarists, instead of having them both play C9, I might get one to play C major, while the other plays Gm at the same time.

Or as a producer, I might decide to have the guitar play a C, while the keyboards play a Gm.

There are hundreds of these chords within chords to discover… play C at the same time as Gm7 to get C11. C7 plus Dm produce C13.

I strongly recommend exploring this for yourself. The easiest way, is to sit down with pencil and paper and start by just analysing a few chord formulas to search for chords within chords.

Then pick up the guitar and develop a few playing ideas based on your discoveries. I promise you – it’s a very rich vein to mine.